Kite flying is Victoria was probably introduced by Max Kirwan and his mate Doug La Versha who brought back from a trip to America, a flat kite but they had no instructions on how to fly it. They did not realize that the flyer was suspended under the kite by a harness attached to the cross bar and thought they had to hang by their hands, They would go to Pykes Reservoir at weekends and try to learn how to fly it, but a number of times, they finished up in the hands of a doctor to attend to the injuries they sustained in the process.

As far as is known, the Dance brothers, Robert, Graham and Peter Jenkins were flying small 14 foot Delta Kites some time later, and at one stage tried to start a club through the Victorian Water Ski Association, but failed due to lack of support.

In 1968 a man, who was probably one of the world’s best authorities on kite flying and kite design, named Bill Moyes, came to Melbourne to put on a flying display at Moomba. Les Park and Stan Martin got to know Bill and asked him how they could learn to fly. Bill offered to teach them if they went to Sydney where he lived at Bronte on Botany Bay. A few weeks later Les and Stan drove to Sydney on a Friday night and arrived at Bill’s home just in time for one of Bill’s famous Chinese breakfasts, his wife Molly came from a Chinese family. After breakfast, Bill loaded up his car with all the necessary gear, including a flat kite, a 14 foot Delta kite, and his boat which was fitted with a Rolls Bentley motor. We headed off to San Souci on Botany Bay. When asked about the danger of sharks, Bill denied any knowledge.

On arrival, Bill proceeded to fit Les with buoyancy vest, harness and skis and attempted to get him airborne. Bill was a marvellous Delta kite flyer and instructor, but when it came to flat kites, he was to say the least, not the greatest. After about four crashes, Les decided that it was Stan’s turn. Bill’s theory was, “on flat kites, you take the flyer up to about 40 feet, and if he got into trouble, he has plenty of height to get out of it”. This did not work too well as Stan finished in the drink several times, but did eventually fly for about 500 metres.

Les then had a go at the Delta kite, and after a few more dips in the Bay, they decided they had had enough.  Despite their lack of success, in actually flying for any distances, they believed they had learned enough to purchase a Delta kite from Bill. (It was the one Bill had set a world record on when he jumped off Mount Cook in New Zealand).

Before returning to Melbourne, Stan made a drawing of Bill’s flat kite. They also brought back a new Moyes Delta kite for the Dance brothers. Several other people at Bonnie Doon were interested in learning to fly also, including Keith Preston, Jim Ryan, Colin Callaway and Bruce Woolfe. The word got around, and more and more people became interested. Discussion centred on the possibility of forming a Club.

As the early kites were all lifted into the air with the flyer starting on water skis and landing the same way, it was decided to approach the Victorian Water Ski Association (VWSA) for their support.

Stan went to see Max Kirwan, who was President of the VWSA at the time, and they had known each other for many years, having gone to the same primary school. Max was keen on the idea of starting a club with the thought that it would become a division of the VWSA. He then contacted Harold Datsun, who was the Secretary, to convene a meeting of all interested parties to be held at the Brighton Aquatic Club Rooms which was then the headquarters of the VWSA.

At the first meeting of the Committee on July 15th 1970, a sample constitution based on that of the VWSA was presented by Harold Datsun and adopted. It was to be presented to a General Meeting for ratification.  At this meeting it was moved and passed that the official name of the club shall be “The Victorian Water Ski Kite Flyer Association”. Cloth badges for Flat and Delta kite flyers in numbered series were designed and arrangements were made for their manufacture. These badges were to be presented to flyers after they had
passed the qualifying tests. These tests were established by the Committee.

At the September 7th meeting a Sub‐committee comprising Keith Preston, Stan Martin and Bill Elwers was elected to check and amend the Constitution to ensure that the requirements of Kite Flying were covered.

The first “Kite Write” was drafted at the November 2nd meeting and Don Gravette arranged for the printing.

At the December 7th meeting Bill Elwers resigned as Secretary due to pressure of business, but retained his position on the committee. Keith Preston was elected as Secretary with Stan Martin as his assistant. It was decided that the position of Treasurer was to be separated from that of the Secretary and Neil Knight was elected to  ill the vacancy. At this meeting, Jim Ryan and Greg Skipper were added to the committee.

The first flying tournaments in the early days were held at Dromana on the Mornington Peninsula, and attracted a lot of attention from the locals.

The first Annual General Meeting was held at the Brighton Aquatic Club on July 21st, 1971 with 32 members present plus family members and friends. That Christmas, courtesy of the club social committee, children from Allowrie Children’s Home were entertained and small gifts presented.

In the first years of the Club, several venues for flying ere investigated including Lake Learmouth, Yarrawonga, different parts of Eildon Weir, Lake Eppalock, Greens Lake and Lake Nagambie, but none were considered suitable. The first Victorian Titles were held at Lake Learmouth in very blowy conditions but never the less a result was obtained. On the weekend, one of the first lady flyers, June Park, tried to demolish her kite with her face, the result, one very mangled kite and a broken nose for June.

Competition in the early days comprised a number of manoeuvres in the air by the flyers while attached to the tow boat. Flat Kites were towed through a slalom course similar to that used by water skiers, and if they flew around the six buoys, the tow rope was shortened after each pass until a buoy was missed.

The score was then calculated in the same manner as for water skiing. Delta kites also flew in the slalom competition, but as these kites were easier to manoeuvre than the flat kites, they were generally more successful, that is until Gary Ryan, flying a special slalom kite designed by Stan Martin but never flown in competition by him because it scared the pants off him, did something everyone said was impossible even for Deltas. He flew four perfect passes on a 50 foot rope, remembering the buoys are 50 feet from the center of the course. No one in the world had ever made even one buoy on a 50 foot rope.

The other competition for flat kites was for the flyer to do a series of acrobatics or tricks as they were called while being towed at a height of about 20 feet. These tricks were those used in competition overseas and they had to be performed exactly as shown and described in the manual. The flyers had to perform as many tricks as possible in a time of 2 minutes and each trick had a points value based on the degree of difficulty. Gary Ryan set a world record in one of our competitions, and so far as it know, this record has never been broken.

Delta competition consisted of the slalom, and another where the flyer took his kite up to a given height and back down until their skis touched the water, then back up again as many times as possible in a time of 2 minutes. When flyers became more competent, they would fly as high as possible on the tow rope, release it and were timed from the time of release until their skis touched the water. As kite design improved making them able to stay in the air longer, a target was placed in the water, and after release from the tow boat, they had to land on the target. Points were allotted for each turn, plus a score of 500 points for landing on the target, and points were deducted for each foot away from the target. 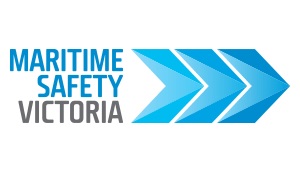 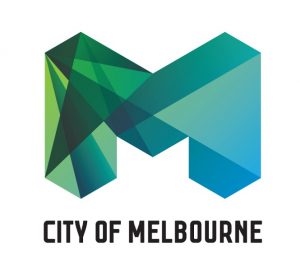